The German University of Technology in Oman (GUtech) launched the first 3D printed house in Oman on the occasion of the inauguration of the Building Technology & Standardisation Center on December 14, 2021. The 3D-printed building was done under the patronage of Oman’s Minister of Finance, His Excellency, Sultan bin Salem bin Saeed al-Habsi.

The minister said that it is a matter of great pride for the Sultanate to complete such projects by Omani students, using locally available raw materials. He also expressed his hope in continuing efforts to keep pace with technologies through these projects, creating job opportunities, and transferring and localizing modern technologies. He also stressed on the need to convert these innovations to contribute to the development of the economy, and on the government’s backing for these projects. 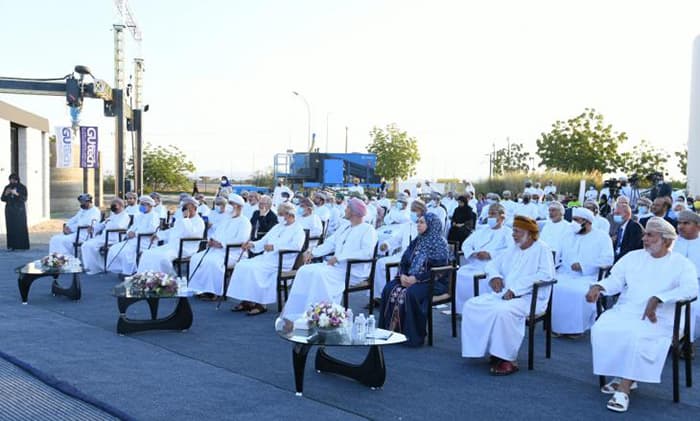 Hussain Al Salmi, the Acting Rector of GUtech, said that scientific and research centers and their studies form a basic source of information and advice for decision-makers at all levels, as they focus on analyzing reality and providing future visions in order to advance a new reality or develop the current reality to a better level.

According to Al Salmi, “The University has been inaugurating centers of excellence related to scientific research, education, and innovation in a way that makes them distinct in their orientation and goals to serve science and knowledge on the one hand, and Oman’s vision for the future on the other.”

According to a 2020 report of the World Economic Forum and the McKinsey’s Capability Center Network, the Building Technology & Standardisation Center, is the world’s largest building and construction investment. Establishing such a center was a long since idea after the former Research Council put forward a pioneering proposition to finance environmentally friendly houses in universities, by studying the impact of green houses and adopting them as a criterion for the future of construction. GUtech has succeeded in this project by integrating the past and the future, using traditional mud houses to create a healthy and comfortable environment, providing modern, environmentally friendly, and sustainable structures, and for which it won several local and international awards. The university later contributed to the development of ancient archaeological areas into modern tourist places, such as the Wilayat of Al Hamra – the green jewel amid mountains; in addition to holding a number of conferences, specialized workshops, and projects on clay houses and building techniques.

Al Salmi indicated that the center has made great strides during the past few weeks in the field of strengthening its relationship locally and internationally and in cooperation with academic and scientific institutions around the world in bringing the latest technologies related to smart buildings and cities, urbanization, energy-saving construction, green buildings, renewable energy sources, ecological and low building materials, healthy living, use of hybrid or recycled building materials, social housing, and urban development; while laying importance on preserving archaeological and historical buildings.