In the 10 years since its foundation, family-owned and managed Eidco Labels has grown to become one of Lebanon’s leading label suppliers.  Housed in a purpose-built facility in Zouk Mikael, on the outskirts of capital city Beirut, the company employs 25 staff and is self-sufficient from pre-press to despatch.

Managing Director, Eid Zgheib, explained the background of his company and its Middle East location.  “I’d had 12 years’ experience in pre-press with an international group before starting the business in 2009, so was familiar with the demands of high-quality print.  We are in fact the only label supplier in Lebanon to have its own in-house pre-press department, and believe it is fundamental to our success.” A close working relationship with the Beirut office of Middle East-based Dynagraph Group led Eidco Labels to start off by installing a Mark Andy 2200 press.  It proved to be a sharp move, with the company moving into profit after only two months.  “The 2200 is a highly productive workhorse.  Ours is a six-colour 10” press with UV and hot air capability, corona and web cleaning, delam/relam, two die stations, a laminator and a sheeter – all of which gives us the capability of producing the wide variety of jobs that were essential to keeping a positive cash flow in the early days,” he added, saying that the company typically handles 1100 jobs/year.

The current unrest in the region is posing problems with traditional supply routes, with many land borders with neighbouring Syria, Iraq, and Jordan closed for freight, so the company has refocused its product portfolio and markets, and invested in new technology to diversify the business.  The latest addition to the plant is one of Mark Andy’s P7 Performance Series all-servo presses.  One of the first and the only uprated P7 models installed in the Middle East, it is the only 17” (430mm) narrow web press in Lebanon, and by some measure the fastest, being rated at 300m/min.

“Despite the ongoing conflict in the region, Lebanese products, especially cosmetics, detergents and food are well known for their quality and in high demand, and it was to tap into the printed packaging for these markets with shrink sleeves and in-mould labels that we chose the Mark Andy P7,” he explained.  The new press has eight UV-flexo print stations and IR drying capability.  Fitted with a rail system that supports a screen print head and cold foil capability, the P7 has a corona treated web cleaner, chambered doctor blades and a single die station.

The new press has more than doubled capacity at Eidco Labels, which now has three flexo lines, and is currently responsible for around 90% of local cosmetic labels, 65% of local detergent product labels, and a growing 30% of local food labels.  “We first saw the P7 at Labelexpo in Chicago and within two months we had ordered it, and six months later it was installed.  It is the best narrow web press on the market for shrink sleeves and in-mould work because it runs at high speed without loss of quality – nothing else competes!” he explained.

Speaking for Mark Andy, European ASM Timo Donati, who is responsible for Lebanon, stated, “The working relationship between Dynagraph and Eidco Labels has been beneficial to both parties.  Like all good partnerships, it’s based on trust and mutual support.  Mark Andy is delighted to have such a professional company as its distributor in the region and I congratulate Eidco Labels on its continued success with our technology.”  Both the 2200 and the P7 have been responsible for raising the quality standard of Lebanese labels, according to Eid Zgheib, who do not see any likelihood of investing in digital print technology in the near future.

“I can foresee another two years of conflict in Syria, and even longer before normality returns to trade in the region, so it’s important that we consolidate our existing capability as well as search for new opportunities.  The new P7 is more productive on a wider range of substrates than we could have predicted, so offers us plenty of scope for expansion,” said Eid Zgheib. Chosen for its ability with unsupported film, the new press ‘can do anything’, Zgheib added. Run lengths at the plant vary from 1000 to 50,000m, and the press typically runs in-mould jobs at 225m/min.

One thing is for sure, Eidco Labels is well equipped to cope with today’s difficult trading conditions in the region, but also well prepared for a future that hopefully brings peace and restores business links. 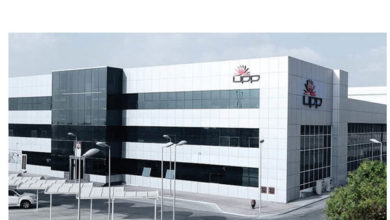 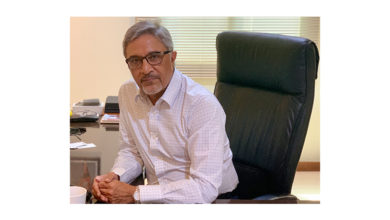 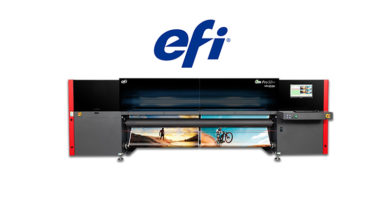