drupa 2016, the leading international trade fair for print and crossmedia solutions, is already set for success: Worldwide industry and its global players are giving their clear support for the next drupa, and many have booked larger exhibition space than for the previous show.

Even now – 17 months before the start of the show on 31st May 2016 – 80 percent of the exhibition space is confirmed as booked. If this trend continues, drupa 2016 will once again, as throughout its 60 year history, be sold out and will cover the entire marketplace relating to print and crossmedia. International global players and market leaders will be at drupa 2016 alongside upcoming and innovative companies from around the world. Werner M. Dornscheidt, Chairman of the Board at Messe Düsseldorf gives his initial assessment, “In the light of the challenging environment, this is a more than outstanding result. No other industry event worldwide – neither the small, regional niche events nor national trade shows – can offer what we can. This result clearly confirms that our strategic realignment with its focus on future-oriented and highlight topics is correct. “

“touch the future”: Future technologies and markets in sight

Under the motto of “touch the future” drupa 2016 will focus more heavily on future-oriented technologies such as printed electronics, 3D printing and inkjet printing with its industrial applications. These innovative technologies are driving the market forward and are opening up significant opportunities and growth potential worldwide, primarily in the field of packaging, functional and industrial printing. According to Smithers Pira (UK), sales in the packaging print sector will rise annually by four percentage points to US$ 970 billion by 2018. There are also indications of growth in the industrial and functional printing sector.  Since 2008 this market, that includes printing processes for the production of decorative and laminated surfaces, ceramics, vehicle parts, promotional items or electronic products, has risen annually by 13.4 percent and in 2013 achieved a volume of US$ 43.7 billion. Experts from InfoTrends (USA/UK) currently value the market at US$ 100 billion.  “We recognised the growth potential of these markets very early on and successfully set in motion the special “PEPSO” (Printed Electronics Products and Solutions) exhibition at drupa 2012, for example”, explains Werner M. Dornscheidt. “At drupa 2016 we will cover this topic with additional events in the specialised programme and in the form of special shows, known as “touch points”.”

The market for 3D printing is developing even more dynamically. The global market volume is currently estimated at around US$ 2.2 billion. The Association of German Machine and System Engineers (Verband Deutscher Maschinen- und Anlagenbau) that recently founded the company Additive Manufacturing, is anticipating an annual growth rates of 25 percent. “We have therefore developed the “3D fab+print” brand specifically for this market segment,” says Werner M. Dornscheidt. “At drupa and other relevant Düsseldorf trade fairs, we are joining forces with other exhibitors in 3D printing technology and bringing greater focus to the entire topic of 3D”.

The response from the industry to this strategic realignment at drupa is clearly positive, as confirmed by the level of registrations. Claus Bolza-Schünemann, Chairman of the drupa exhibitor advisory board and Executive President of Koenig & Bauer AG, welcomes the “new” drupa. “In the online age there has been much discussion in our sector about the usefulness of trade shows. However, the internet simply cannot replace direct contact with people and ideas in the global print and media marketplace, or indeed direct experience of the latest technologies and solutions for this enormously varied market. At drupa 2016 we are again expecting lively interaction for both tried & trusted and the very latest ideas in all areas of print and crossmedia. The slogan “touch the future” clearly highlights the focus on innovation and new concepts. New topics such as functional printing, printed electronics or 3D printing will be reflecting the capacity for change and the need for innovative printed matter in our industry far beyond the confines of the trade show halls. KBA will certainly be there once again!”

The relevance of new markets and target groups was recognised early on by drupa 2016 exhibitor Mimaki and as a result the company is giving the show its full backing: “drupa 2016 will be the number one show to spot trends in print & crossmedia solutions, so that is where Mimaki will be”, emphasises Mike Horsten, General Manager Marketing, Mimaki Europe. “Our expanded portfolio consists of a myriad of printing solutions for any print service provider. Be it large volumes, personalised printing on particular substrates or peculiar objects, Mimaki can deliver the right solution to get the job done. This diversity in our customer base challenges us to select the right show for the right audience. But drupa delivers a heterogeneous attendee crowd and offers exhibitors and visitors alike the chance to get inspired to touch and print the future – we have to be there.”

Heidelberger Druckmaschinen AG is also giving its full backing to drupa. “drupa 2016 will be an interesting milestone for us to present our integrated offset and digital technologies with the corresponding services and consumables – in a new dimension. In line with present market requirements we will be demonstrating innovative solutions alongside our partners in Düsseldorf”, says Harald Weimer, Executive Board Member at Heidelberger Druckmaschinen AG and member of the drupa committee.

Crossmedia and multichannel: Printing in the time of the internet, big data, web-to-print & variable data printing

The internet and digital communication overall has changed print in a fundamental way. This is emphasized by the current “drupa Global Insights” report entitled, “The effects of the internet on printing – the digital flood”. Interaction is the name of the game. Big data, web-to-print, variable data printing and internet-supported tools such as augmented reality and QR codes characterise and impact the entire cosmos of printed products and the complete workflow. Here drupa is pulling out all the stops with its highlighted topic of multichannel printing. Hewlett-Packard, an active member of the drupa committee since 2013 and a top ten exhibitor at drupa, confirms the new direction: “Communication between people is evolving just as quickly as technology,” reflects Francois Martin, Worldwide Marketing Director at HP Graphics Solutions Business. “The new crossmedia strategy at drupa with the integration of digital and analogue printing as well as print and online will show that the printed product continues to play a key role in communications. Change in an industry requires courage and firm decisions. The realignment does exactly that and I hope that everyone realises that a new journey is beginning. The new drupa stands for effective and sustainable communication in a social, mobile and cloud-based world.”

EFI, a company that has also very recently become an active member of the drupa committee and top ten exhibitor at drupa 2016, also believes that drupa is taking the right path: “In a world where the “future” quickly becomes “now,” drupa 2016’s realigned aim to “touch the future” perfectly describes what visitors would like to see,” says Guy Gecht, CEO EFI. “In a fast-changing world working in an often challenging industry, customers deserve to have the opportunity to explore and compare future investment options.  No other event allows for that better than drupa. The show truly reflects the direction of our industry for the four years following each show. The best way for EFI to honor drupa’s 60+ year legacy is to make the 2016 event a world-class showcase of future technology and innovation that allows printing companies to take the lead in an ever-evolving, opportunity-filled industry.”

Another company offering definite support for this strategic realignment is another top ten exhibitor at drupa 2016 – Konica Minolta. General Manager, Toshitaka Uemura, CP Business Division/Sales Headquarters, Konica Minolta, Inc explains: “With drupa’s strategic realignment and particular focus on print & crossmedia solutions, package printing and highlighting the industry’s innovative strength, Konica Minolta is the perfect match for drupa 2016: We are constantly delivering new business opportunities by virtue of our deep understanding of the production printing market and our customers’ needs combined with our high-end technology. It is the right time for innovative approaches and optimized workflows for a successful future for the commercial printing and graphic arts industry and we are well positioned to prepare our customers’ businesses for the new digital era.”

Also giving their backing to the digitisation of the sector and the repositioning of drupa is Landa Nanographic Printing: “drupa plays an important role in the printing industry’s evolution into a 21st century communications medium. Our choice of drupa 2012 as the launch platform for Landa Nanographic Printing was the start of an incredible journey, both for us and for the industry. We expect that drupa 2016, at which we will almost double our stand space to some 2,600 square meters, will be another historic milestone on the road to the digitization of the printing industry”, states Ila Bialystok, VP of Marketing, Landa Digital Printing.

After analysing all the registrations, the 19 trade fair halls will bestructured according to the individual industry areas and topics starting at the end of 2014. The specialised programme – such as the drupa innovation park, the drupa cube or the “touch points” theme parks – will be designed accordingly. The exhibitor admission process will begin in September 2015. An initial exhibitor list will also published online in September 2015.

Hot Trends And Technologies At SGI 2015 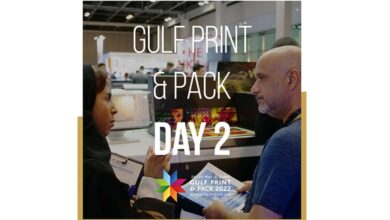 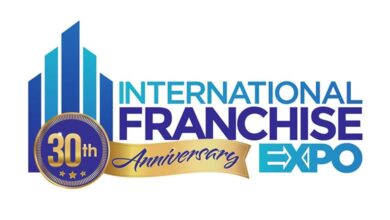 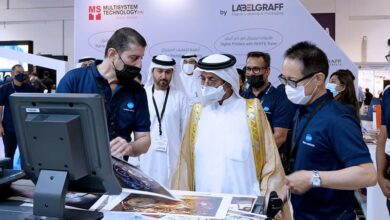