The digitization of all of a printing company’s processes enables much higher net productivity. In order to exploit these technical possibilities to the fullest, a completely novel approach is required for press operation, to free operators from the burden of routine tasks and to support them with intelligent systems so that they can transform the technical potential of their machines into actual productivity.

With this in mind, Heidelberger Druckmaschinen AG (Heidelberg) is presenting the new generation Speedmaster at drupa 2016, and will be ushering in a paradigm shift in industrial print production with its new “Push to Stop” operating philosophy. Whereas until now processes were actively started by the operator, in future the press will do this itself. The operator only interrupts the autonomously running process chain if necessary.

Whereas fifteen years ago an offset printing press produced 20 to 30 million sheets a year, this figure has already doubled and stands at 40 to 60 million today. Heidelberg has been instrumental in this progress, with one-pass productivity, Prinect, the launch of the Peak Performance Speedmaster XL platforms, and inline measurement and control systems. The trend towards ever-smaller run lengths and an increasing number of jobs per press continues unabated: where once ten jobs a day were standard, this rapidly became ten jobs per shift, and today highly industrialized commercial printing companies, in particular, are already producing ten jobs an hour – and more – on one press. However, with a workload like this and given the necessary speed, the operator soon comes up against his physical and mental limits.

“Automation on its own is not enough to exploit the potential for greater productivity on a lasting basis. Here, ease of operation and the stability of the overall system are what count,” explains Stephan Plenz, member of the Management Board responsible for Equipment at Heidelberg. “Therefore, we needed to rethink the operating philosophy of the printing press, and the handling of the digital information generated by the workflow. It quickly became clear that we were on the verge of a paradigm shift. We are evolving from a “Push to Start” approach to a “Push to Stop” philosophy. Whereas today the operator must actively start processes on the machine, in future the machine will, wherever possible, do this itself. It will automatically work through the queue of print jobs. And it will do this using the ideal, shortest makeready operation, with maximum net productivity as the result. The operator then only has to intervene if the process needs correcting.”

Analyses of the overall equipment effectiveness (OEE) of printing presses show that today, an average OEE of 20 to 30 percent is achieved, meaning that much potential remains to be exploited. Peak figures of over 50 percent OEE demonstrate that it is indeed possible to double net productivity. “Our “Push to Stop” philosophy therefore has a much broader scope,” con­firms Stephan Plenz.  “In order to achieve an OEE of 50 percent or more, everything in the overall process needs to be perfectly coordinated. This includes the standardization and qualifi­cation of consumables, process calibration, and self-learning systems – but also intelligent maintenance concepts. Where “Push to Stop” is concerned – together with our expertise in applications engineering, our continually growing portfolio of consumables, and our innovative service concepts – drupa is just the beginning, and gets the Smart Print Shop up and running.”

The “Push to Stop” operating concept is achieved on Speedmaster presses by means of the new Prinect Press Center XL 2 machine control station with smart Intellistart 2 user software and its assistance systems such as “Intelliguide”. The operator can clearly see and follow all steps displayed on the large Wallscreen XL. With this new human-machine interface, the operator can navigate processes and retains an overview, even when there are numerous job changes. This can then be expanded all the way to autonomous printing. This way an intelligent solution is established, in which the press automatically works through the queued jobs. The operator only interrupts the process if necessary.

The “Push to Stop” concept is available for the new generation Speedmaster, covering the series XL 75, CX/SX 102, XL 106 and XL 145/162, which are equipped with the Prinect Press Center XL 2, the Wallscreen XL, and AutoPlate Pro or AutoPlate XL 2 and Inpress Control 2 auto­mation components. “With “Push to Stop”, industrialized offset printing with maximum net productivity becomes possible,” concludes Stephan Plenz. “This operating philosophy will also be used in digital printing on the Primefire 106, making highly industrialized digital printing achievable for the first time.”

Navigation system for the printing press

The Prinect Press Center XL 2 includes the patented Intellistart 2 user software with Intelliguide assistance system. As far back as 2008, Heidelberg had already achieved pioneering work with Intellistart, the first and still unique intelligent job change program. With Intellistart 2, a further developed generation is now entering the market. Like a car navigation system, Intellistart 2 calculates the shortest sequence of makeready processes, and the new Intelliguide timeline display indicates makeready progress in real time. This provides the operator with complete transparency over which automated processes are ongoing, but also when manual processes are required, ensuring optimum transition from one job to the next. For more complex makeready processes with frequent ink and coating changes – in particular such as are common in packaging printing, for example – Intelliguide offers unique support, prevents errors and increases net productivity.

For commercial printers carrying out standardized jobs with numerous changes, Intellistart 2 can even make fully autonomous printing a reality. For the first time, multiple follow-up orders can be prepared and released in a job queue while production is still under­way. The operator can change the order of the jobs using drag and drop, while Intellistart 2 automatically calculates the new job-change sequence. In addition, processes are automatically started on a job change, and then run on their own. Here, working together with Prinect Inpress Control 2, the new “Quality Assist” software module recognizes when the printing parameters are within the predefined tolerance, and automatically starts production.

“With the “Push to Stop” philosophy, we are charting a course toward the industrial print production of the future, which will enable our customers to significantly improve their competitiveness and achieve a lasting increase in productivity and profitability. We expect this to double productivity once again in the next few years, with the same or lower staffing levels,” says Stephan Plenz about the company’s objectives.

WHO pushes for plain packaging of tobacco products 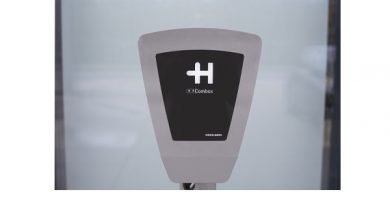 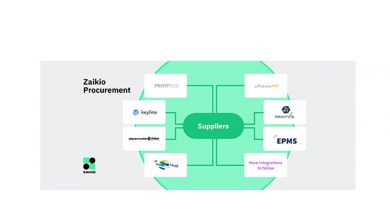 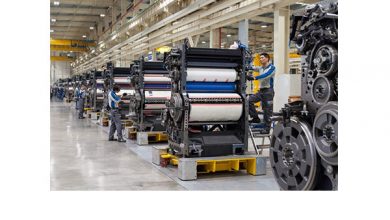 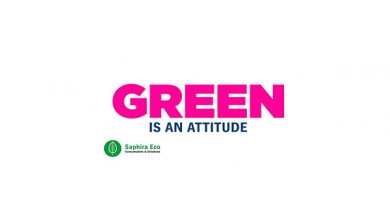