The GCC is now playing an important role in political and commercial leadership in a region that is crying out for an oasis of calm from fratricidal strife. Such leadership creates a demand for a printing industry having the highest levels of professionalism across a broad range of fronts. There will always be a demand for print: apart from packaging, authoritative newspapers and magazines produced  efficiently and profitably offer a diversity and understanding of various points of view while well produced text books have a strong potential to ensure the region’s future potential is realised.

A printer plays a key role in all of this, but so does the medium of his choice – paper and board. Yet it is easy to come to a conclusion that printers don’t readily recognise what a pivotal the role paper and pulp play. At an individual level, you cannot blame a printer for seeing the only concerns he has with his paper and media supplies is price and availability.

When an in depth look is taken of the supply situation for paper based products a deep feeling of unease arises. A strong printing sector has a requirement to stay viable and competitive; Firstly there is little doubt the GCC is almost unique when compared with the two premier world regions – the US and Europe – GCC is a growth region for the printed product.

The populations of these three regions are similar, yet the use of paper and board in the Western economies is contracting dramatically; so much so that the major paper and pulp producers are cutting back on new paper making machines and investing more money in plants to produce biofuels particularly diesel, but also to pelletising wood chip for burning in older coal fired power stations. An example is the Drax power generating facility in North Yorkshire, one of Europe’s largest. One third of its capacity has been refurbished to burn pelletised wood chip from Canada and several other European mills are now experimenting with waste paper with a similar aim.

There is considerable virtue in doing this; converting wood chip to pellets or diesel is largely carbon neutral; the amount of CO2 going in to the atmosphere when being burnt is only by a small measure greater than that taken out by the trees during their growing period.

Where some of the unease is coming from is the way the mills have turned this  change of direction into a virtue. The main driver for doing this is hardly altruistic: most European mills cannot sell all the paper they are capable of producing, so creating a product that can be burnt in an environmentally improving way makes considerable  sense.

Jo Cox managing director of Smurfits huge Dutch Roermond mill during a Pulp and Paper International interview was asked how he intended to turn the facility into a zero waste mill. His reply went like this: “First of all I don’t like the word ‘waste’ – so called waste streams of today are the raw materials of the future. Our goal is not only to be a zero waste mill and reducing reject costs, because people, planet and profit all have to be in balance. We are working towards this target with a robust process to produce a solid fuel pellet, Rofire®.”

A printer running a busy business in Doha, Abu Dhabi or Dubai might say so what? Well, the danger is that the region has the potential to become initially a dumping ground for surplus European paper and board, perhaps not a such bad thing at first but the sting in the tail will be when it becomes more profitable to burn wood than make paper from it; paper prices will then soar.

Government statistics are thin on the ground but a separate report from RISI, a leading information provider for global pulp and paper products suggests that paper manufacturing in the GCC had grown by 8 percent during 2001-2011 while GCC overall economic growth reached 49 percent. Per capita consumption of paper and board in the region is estimated to be around 39.6 kg/yr and this comes out as an annual consumption of paper and board in the GCC countries of approximately 3.5 million tons. Consumption per head of paper in the US and Europe each with a similar population to GCC is almost 300kg/yr

The Jeddah-based MEPCO, a state-of-the-art reverse osmosis plant which takes treated waste water as its input and provides the paper mill with clean and hygienic (bacteria free) water for production purposes. Commenting, Sheikh Faisal Mubin, a marketing consultant said in a report: “In Saudi Arabia for example, paper mills are consuming an average of 3 to 5 m3 of water per ton, which is considered low when compared with other regions of the world. “If we want to install more paper making capacity, we have to rely 100 percent either on imported pulp which is not economic or regionally collected waste paper.” The recovery rate across the region is acknowledged to be pretty low when compared with the developed world, an estimated recovery rate in 2012 was 28 percent, but declining.

In figures released prior to the 2012 ’Paper Arabia’ exhibition, showed the demand for corrugated material had risen dramatically thanks to economic growth and alongside this growth, the packaging industry has been going through major shifts in demand thanks to rapid changes in consumer preferences. The GCC region consumes approximately 1.3 million tons/yr of which approximately 1 million tons/yr is being converted in the GCC, showing what an important role processing print and board is to the region.

Yet in parallel, the percentage of paper being recycled as a proportion of paper being consumed is dropping steadily due almost certainly to poor collection rates and this suggests that soon the rate of recycled paper as a percentage of paper consumed could drop down to 15%. Instead of  virgin paper staying in the community to be recycled three or four times it will get shipped out almost immediately after the first use and so the economic benefits do not stay within the print and paper sectors.  In the slightly longer term say less than five years no local paper industry will be viable.  Because of poor recycling collection facilities  a 15%, recycling rate is close to the point where it is cheaper for interested parties to stuff the paper destined for recycling into a container and ship it to China.

And this is what seems to be happening; already China is now exporting paper back in to the GCC even though Asia led by China is easily the largest consumer of paper products; it is thought – though accurate figures are difficult to come by, China’s consumption of paper products could total close to 200 million tonnes this year.

It could be easy to bandy around figures to justify any particular point of view, but the overall message for the GCC printing industry is, it is in danger of losing control over its own market. Paper makes up one third of the cost of printing a job and to avoid  grasping a tiger by the tail and in turn be subject to the vicissitudes of world pricing there is a need for printers to grasp the ethical high ground.

Printers facing resource constraints would do well to take a leaf out of the pulp and paper manu-facturers hand book, though the first step would be to get your own house in order. Jo Cox describes his manufacturing strategy as ‘circular economy thinking’ and holds the conviction that companies solving the problems of resource constraints will have an advantage. There is a culture reasonably pronounced in the Middle East to just comply within the letter of the law to government regulation, but this attitude is fundamentally wrong. Take for example the concept of the Forest Stewardship Council (FSC). There is no legal pressure for printers to become FSC certified. An FSC printer must buy all his paper products from a supplier who is also FSC compliant and to be compliant all paper pulp and wood products must be produced in a sustainable and environ-mentally protective way.

This ruling is surprisingly beneficial. Paper products imported or produced in the EU must be FSC compliant and all government, utilities and large buyers of print will only deal with printers who are FSC certified. “Is this a further level of bureaucracy and costs do I hear you cry?”

Not at all – in fact the move has been amazingly positive as Jo Cox succinctly puts it: “Today, awareness is growing that sustainability has become a key driver for innovation: of new products, process improvements and the total value chain.”

Becoming FSC certified involves a level of investment, but it has the effect of getting your house in order, energy bills will drop and so will the costs of managing waste. Further benefits are considerable; when dealing with potential clients the printer will be able to demonstrate to a print buyer that he is someone who cares about the environment, has an ethical attitude to business issues and intends to be around for the long haul.

The print buyer as well as the printer gains the right to place on the printed product the FSC logo which adds to an end user’s sense of confidence that the environment is not being ravished, an important consideration when it is related to packaging print. Yet this is only the first step along the path to an embedded circular economy, a printer has a moral duty to see that his waste gets recycled or disposed of in a way that leaves a clear audit trail, something that won’t be possible with a container stuffed full of paper and board bound for China. Shipping your own ‘waste’ off to another country Europe has learned to its cost, is a recipe for disaster.

All in all this suggests a printer should be a focal point, perhaps via a lobby group to promote the FSC concept and use the relationship with his customer to encourage the use of FSC paper. After its use as far as possible encourage the end user to dispose of the printed matter thoughtfully through a respected recycling facility.

ME Printer would like thank RISI and Mark Rushton editor of PPI for their assistance and help in preparing this article, however any opinion expressed are ours. 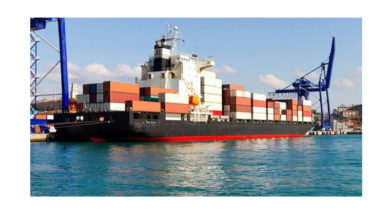 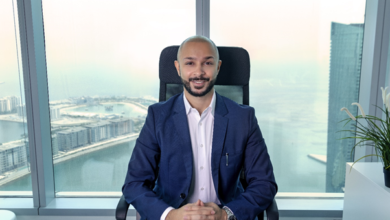 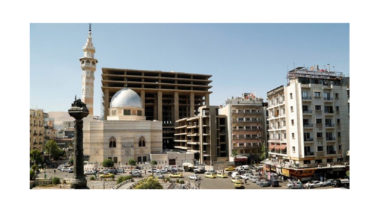 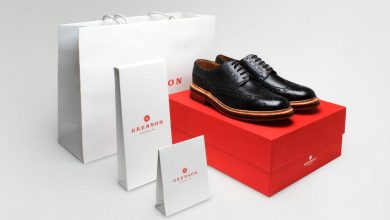