The LEGO Group, the world’s largest toy company, has played on the idea of immortalizing the Father of Modern Printing, Johannes Gutenberg, in its trademark style of introducing ideas including printing as toys to inculcate imagination, creativity, fun, learning, caring, and quality.

German printer, publisher, and goldsmith Johannes Gutenberg was the first European inventor of movable type printing press in Europe. His work which started the Printing Revolution in Europe, regarded as a milestone of the second millennium, ushered in the modern period of human history. And this is exactly what LEGO wants to introduce to their younger patrons as tools of fun and learning.

LEGO has launched on a product idea of the Gutenberg’s Printing Press. The main goal is to create, as per the platform’s name “Ideas”, an innovative, playable, and functional build of a real invention. The model contains three stages of the process, a letter case table to store your types, the actual press where the printing is done which includes Gutenberg himself in LEGO person form, and a place to dry the prints to put them together and make books. Users of the educational series-based toy can also rearrange scenes, which also refer to the idea of the movable type. 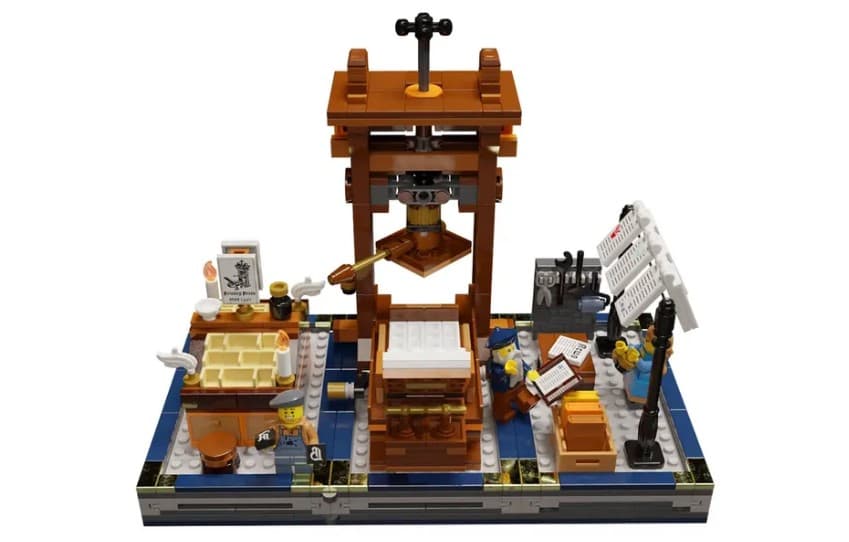 A great toy to introduce children into the art of printing, 24-character-long texts can be sorted, placing letters at random, backwards and upside down, onto the press bed part. The final stage lets you twist the upper angular wheel to produce pressure, and is ready for print.

Established by Ole Kirk Kristiansen in 1932, the privately held, family-owned company based in the southern Danish town of Billund, is a global leader in manufacturing the world-famous LEGO-brand toys of interlocking plastic bricks.

Heidelberg to Become Climate Neutral by 2030