The Qatari capital Doha recently witnessed the conclusion of the 2nd Media Expo 2012, a Media, Advertising and Printing Technology Exhibition. Held from 5th to 7th November 2012 at Doha Exhibition Centre, the event saw the participation of local and global companies in an area of 10,000 square meters.

For the first time, the event saw a lot of companies specialized in digital printing technology, such as Emirates Trans Graphics chipping in at the event. Several other programs were also held along with the exhibition, notable among them was the 25 year celebration of Al Sharq newspaper, a meeting of the General Secretariat of the Gulf Press Union and the WAN-IFRA Middle East Conference.

Abdul Latif Al Mahmoud, General Manager and Chairman of Dar Al Sharq talked about the importance of the exhibition and added that since its inception ‘Media Expo’ have enriched the media, advertising and printing industry of Qatar. “The exhibition has been well received by many prominent companies in the media and advertising sphere and it will serve as a mirror to reflect the evolution of the media industry around the world,” he said.

Jaber Al Harmi, Editor-in-Chief of Al Sharq newspaper who spoke at the event observed that Qatar has gained a wealth of experience by organizing and hosting a number of events in the year 2012 and that this experience would help in enriching the overall development of the Arab world.

Ibrahim Al Sayed, Deputy General Manager and Vice President of the Organizing Committee noted that Media Expo acts as a bridge of communication and integrates the Arab world with prominent international companies and helps to bring together the cream of the industry under one roof.

Eizeldin Abdurhaman, Executive Manager of the exhibition stated, “Media and advertising companies occupied the 10,000 square meter arena this year and were here to showcase the latest techniques in their respective field. This year, many digital printing companies came forward with their solutions and expressed their interest to enter the Qatari market. We also saw the participation of ‘the Museum of the printing industry’, who had displayed rare copies of newspapers and also publications and models that described the progress of the printing industry through the decades.”

“Media Expo is an opportunity for decision makers to know in depth about the latest technologies and services. It aims to bring the crème de la crème of various industries under a single roof.”

From Digital To Offset And Back

ME Printer Squads With Smithers Pira For Online Survey 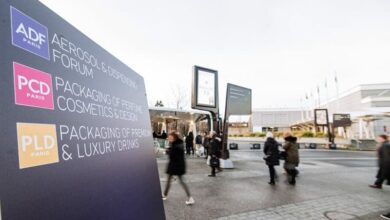 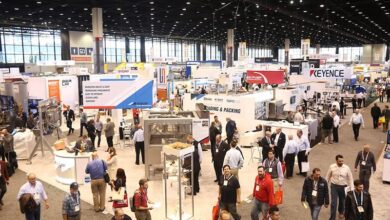 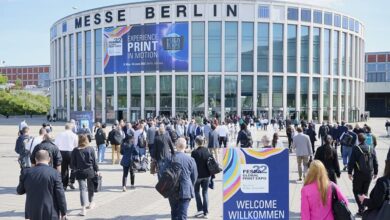 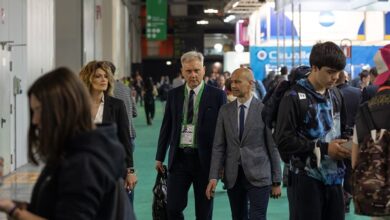 Print4All 2022 at Fiera Milano Ends as a Winner