On 8 September, L. N. Schaffrath celebrated its 275th anniversary by inviting its active and all former employees, as well as the whole local community, to an open day at its production facility in Geldern. With a traditional “Gautschen” ceremony, a centuries-old custom marking the successful completion of a printer’s apprenticeship, tours of the printshop, the live presentation of a new eight-colour Rapida 106, a fascinating Schaffrath Printing Museum, the humanoid robot Pepper and many other activities for young and old, the company treated its guests to an interesting overview of modern media production in the 21st century. Just a few weeks before the anniversary, the media house commissioned a new eight-colour Rapida 106 for 4-over-4 perfecting with additional coating. With this press, L. N. Schaffrath is treading new technological paths in its magazine production. On the one hand, the perfector press can print magazine covers in a single pass, including coating of the outsides. That already lends a significant boost to efficiency by eliminating the need for a second production pass, not to mention the otherwise necessary drying times. And secondly, the content pages which are typically a domain for web presses are also to be handled on the new sheetfed press for the first time.

To this end, the Rapida 106 has been configured with an RS 106 reel sheeter, which is able to use the same reels as the webfed C16. Production can thus be switched between the two Koenig & Bauer presses at any time. The diversity of magazines and catalogues on the market continues to increase. In addition, more and more titles are being produced in different editions and versions, in order to address individual target groups more directly.

This is where the Rapida 106 is able to play out its strengths: Depending on the page count of the final product, sheetfed production can already be more profitable than use of a web press for run lengths from approx. 9,000 copies. Typical jobs from the 16-page web press can then be transferred to the Rapida 106, which is engineered for speeds up to 18,000 sheets per hour in perfecting mode. At L. N. Schaffrath, it now stands alongside a brand new MBO K8 RS folding machine, which itself fears no comparison with the lightning-fast Rapida 106 with production speeds of up to 275 m/min.

When it comes to automation and quality control, the Rapida 106 incorporates everything which is possible and also meaningful for an established media house: DriveTronic SPC with Plate Ident for simultaneous plate changing, CleanTronic Synchro for parallel washing processes, QualiTronic ColorControl for fast inline colour measurement and control, Lab colour measurement, ImageZoom (digital video magnifier), ErgoTronic ACR (video camera for register control) and extra-narrow colour bars. If it enables standardised production and makes work easier for the printers, then it is present on the Rapida 106.

A very high level of capacity utilisation is planned. “We expect to print around 50 million sheets per year on the Rapida 106,” says technical manager Martin Sellmann. The investment will thus be recouped in a relatively short time. Another new aspect is the gradual transition from a two-press set‑up to a single-press strategy in sheetfed offset. One press has already been dismantled, and the immediate predecessor of the Rapida 106 is to follow as soon as the new press reaches its full performance.

Additive Manufacturing is Now One Step Closer to Industrial Production 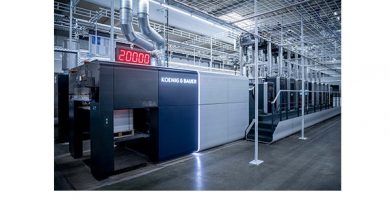 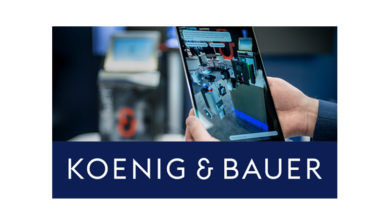 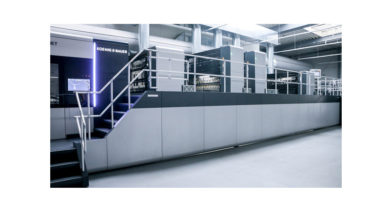