The 31st edition of the Abu Dhabi International Book Fair (ADIBF) got underway yesterday (23 May) at the multi-award-winning Abu Dhabi National Exhibition Centre (ADNEC). The week long exhibition ending on 29 May is organised by the Abu Dhabi Arabic Language Centre (ALC) of the Department of Culture and Tourism – Abu Dhabi (DCT Abu Dhabi).

Over 1,130 publishers from more than 80 countries are participating in this year’s event under the theme ‘Inspire, Innovate, Enrich’. Around 650 events are being staged including art workshops; children’s activities; dialogue sessions; seminars; literary, cultural, and academic events; film screenings and more which audiences can enjoy at numerous locations throughout ADIBF, including the main podium, the youth platform, the business lobby, the lifestyle corner, and the art corner. 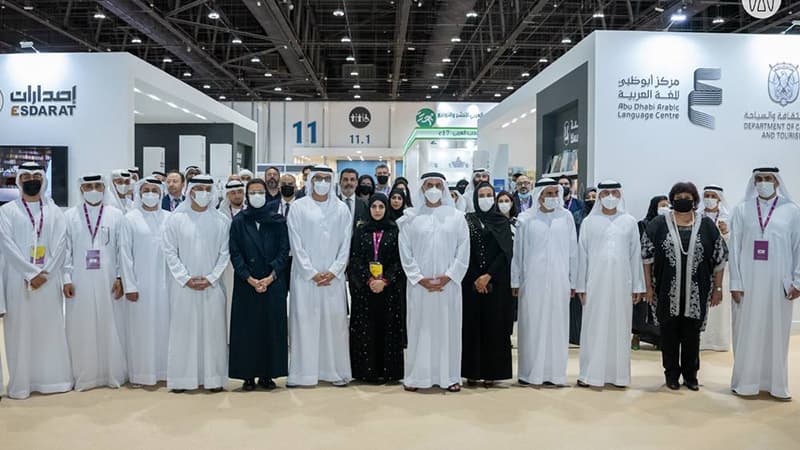 For the second year in a row, Germany has been selected as the guest of honour at the event. Germany’s Guest of Honour (GOH) programme celebrates creativity with the participation of over 80 publishers, educators, and creators in more than 40 cultural sessions, including daily workshops for children and the youth. Other highlights include the Guest of Honour Stage, a VR experience of Goethe’s magnum opus Faust, screening of German films, and beacons where visitors can engage in creative activity. German authors will also have discussions with their Arab counterparts. Chairman of ALC Dr. Ali bin Tamim says, “We have selected Germany as the Guest of Honour because of the long-standing relations we share with Germany across various sectors.”

Chairman of DCT Abu Dhabi Mohamed Khalifa Al Mubarak spoke at the opening day. “Exhibitions have always constituted a bridge for transmitting peoples’ civilization and history. They are the witness and narrator of the achievements of creators in a world that is constantly changing, and we are keen, under the directives of our wise leadership, to support these creators by giving renewed opportunities to engage them in the local cultural scene to ensure the continuity of their creativity and transmission through generations. We are inspired by the Department of Culture and Tourism – Abu Dhabi from the ideas of the Founding President, the late Sheikh Zayed bin Sultan Al Nahyan, in preserving our Arabic language and promoting creativity. Through the Abu Dhabi International Book Fair we want to consolidate the position of Abu Dhabi as a global cultural centre paralleling its well-known global economic importance, as we were able to combine its Arab identity with openness to the cultures of other peoples.”

The exhibition features a wide range of educational events and specialized activities for children presented by a group of academics and specialists including story reading, science demos, gold shaping and painting, caricature drawing for beginners, Jiu-Jitsu show, musical and dance performances and more.

One of the most influential 20th-century Egyptian writers and intellectuals Taha Hussein (1889-1973) is being honoured as the ‘Personality of the Year’ at this year’s ADIBF, where visitors can learn more about the man recognized as the “Dean of Arabic Literature.”  Executive Director of the ALC and Director of ADIBF Saeed Hamdan Al Tunaiji says,”As we celebrate this most influential figure, who is fondly known as the ‘Dean of Arabic Literature’, we have a prime opportunity to introduce his work to a wider audience and hope that the new generation of readers will be inspired by his work, a gateway for exploring Arabic history, culture, and heritage.”

ADIBF is the key marketplace for the publishing industry in the MENA region opening doors to publishers, authors, illustrators, and digital-service providers to do business with their counterparts from around the world. 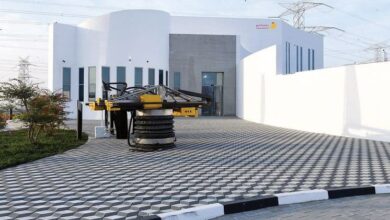 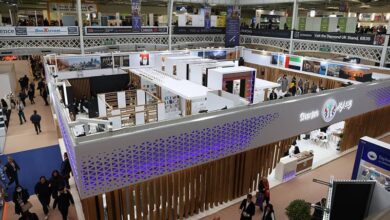 Sharjah to be Guest of Honour at Seoul Book Fair 2023